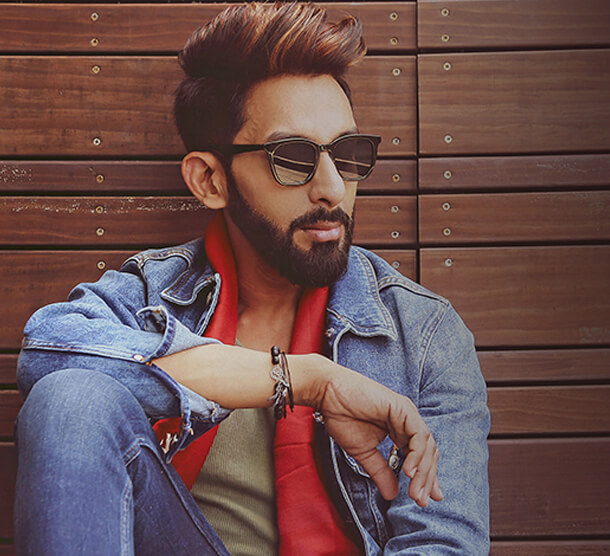 These always inspire me

All our dreams can come true, if we have the courage to pursue them. Walt Disney

Happiness is not something ready made. It comes from your own actions. Dalai Lama XIV

Quality means doing it right when no one is looking. Henry Ford

Integrity is the ability to stand by an idea. Ayn Rand, The Fountainhead

The most important thing in life is to love what you’re doing; because that’s the only way you’ll ever be really good at it. Donald J.Trump

What you think, you become. What you feel, you attract. What you imagine, you create. Buddha

Do not go where the path may lead, go instead where there is no path and leave a trail. Ralph Waldo Emerson 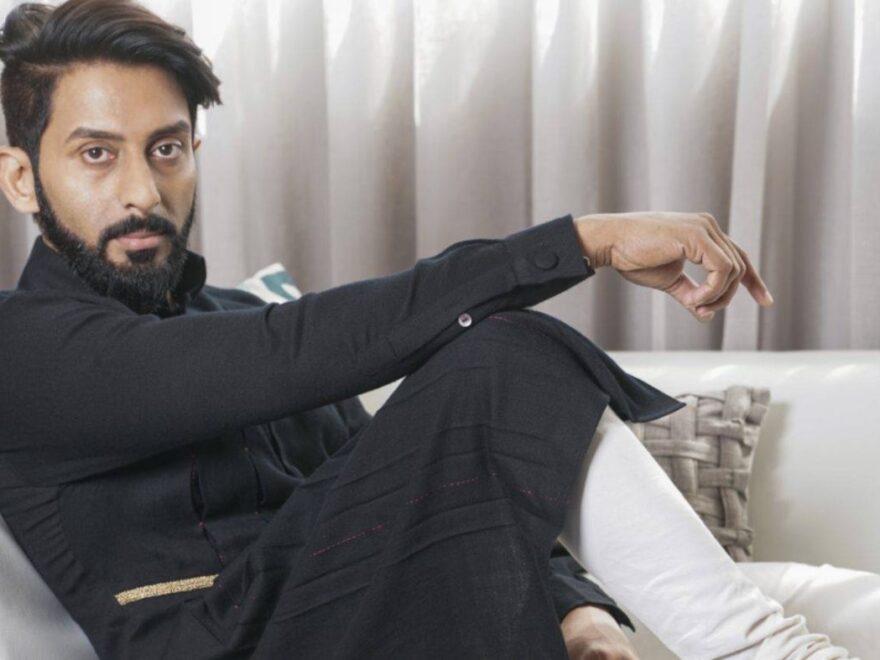 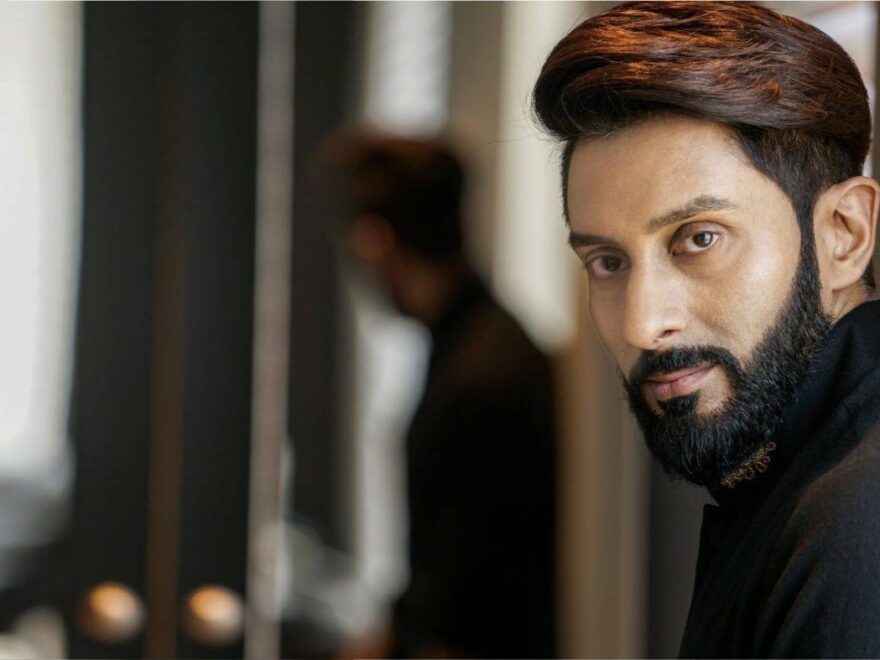 Up, Close & Personal with Rohit Reddy 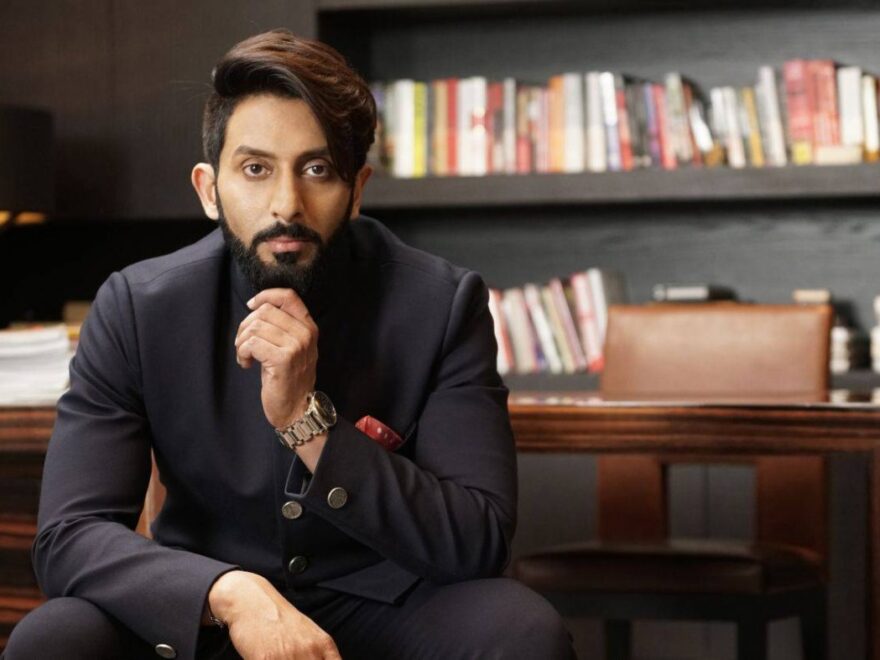 One doesn’t just find their business flourishing overnight, and neither does one find that simply anybody can become a successful entrepreneur. There are a bundle of qualities, characteristics and strategies which lie at the core

END_OF_DOCUMENT_TOKEN_TO_BE_REPLACED 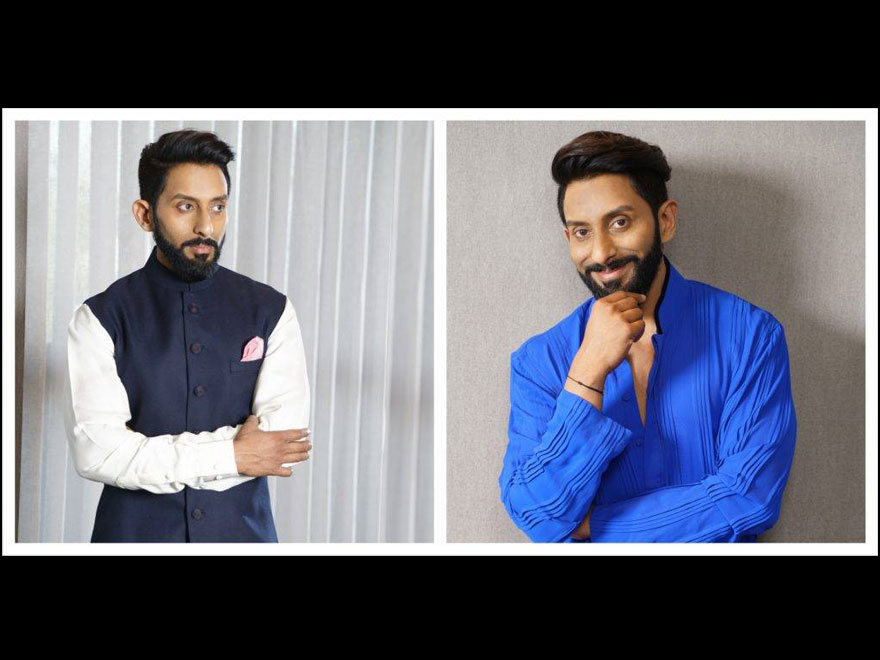 An excerpt from the article of Rohit Reddy in You & I Magazine Fashion and fine living to RR are his mantras, an innate part of who he is. He is completely unapologetic when it

END_OF_DOCUMENT_TOKEN_TO_BE_REPLACED 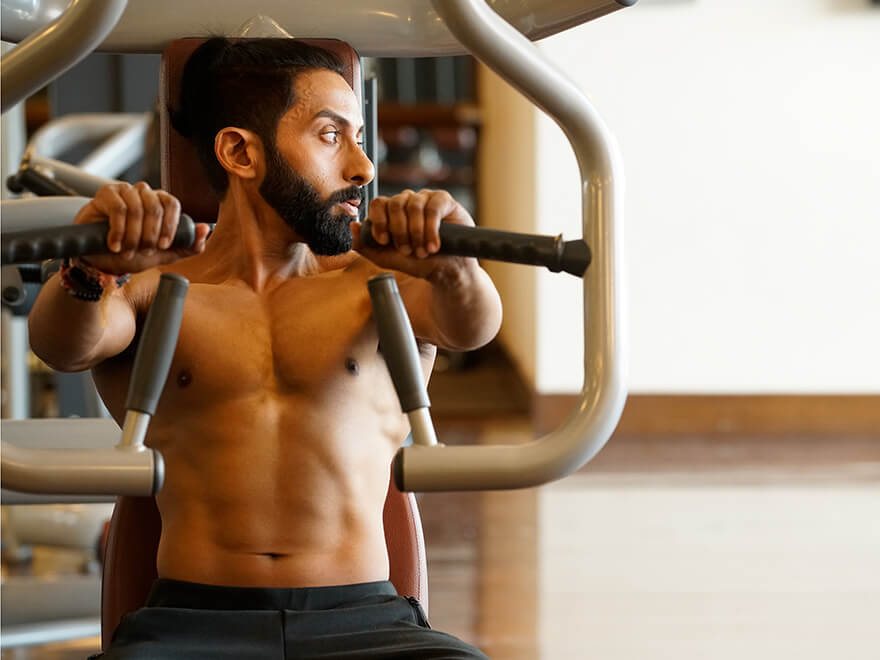 An excerpt from the article of Rohit Reddy in You & I Magazine Fitness is my addiction. It has helped me to achieve my goals in the real world by increasing my will power and

END_OF_DOCUMENT_TOKEN_TO_BE_REPLACED 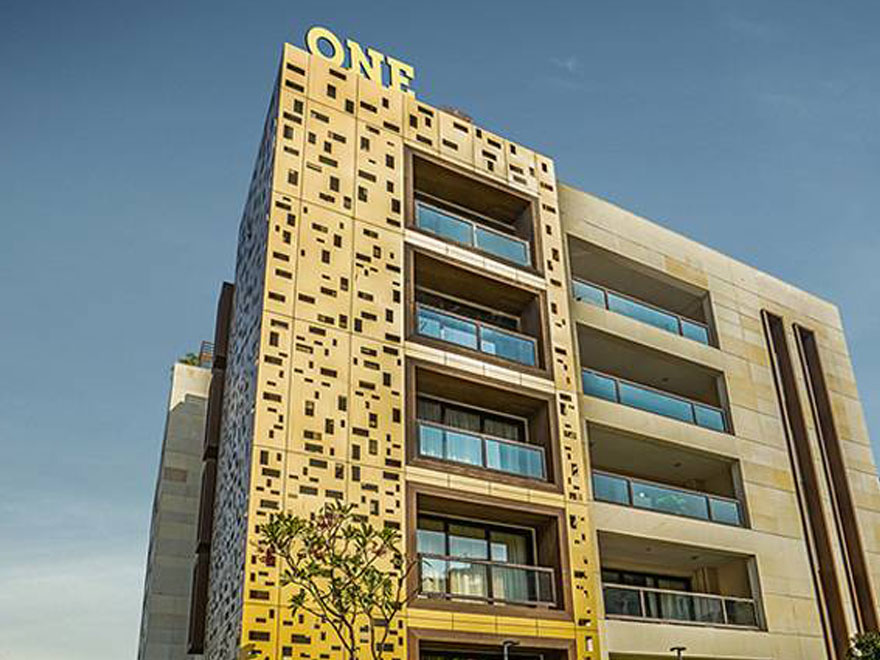 Behind every superlative success is someone’s passion, someone’s relentless dedication and above all a remarkable vision. Signature One by Rohit Reddy, the very latest luxurious condominium in Hyderabad, in a very short time, has become

END_OF_DOCUMENT_TOKEN_TO_BE_REPLACED 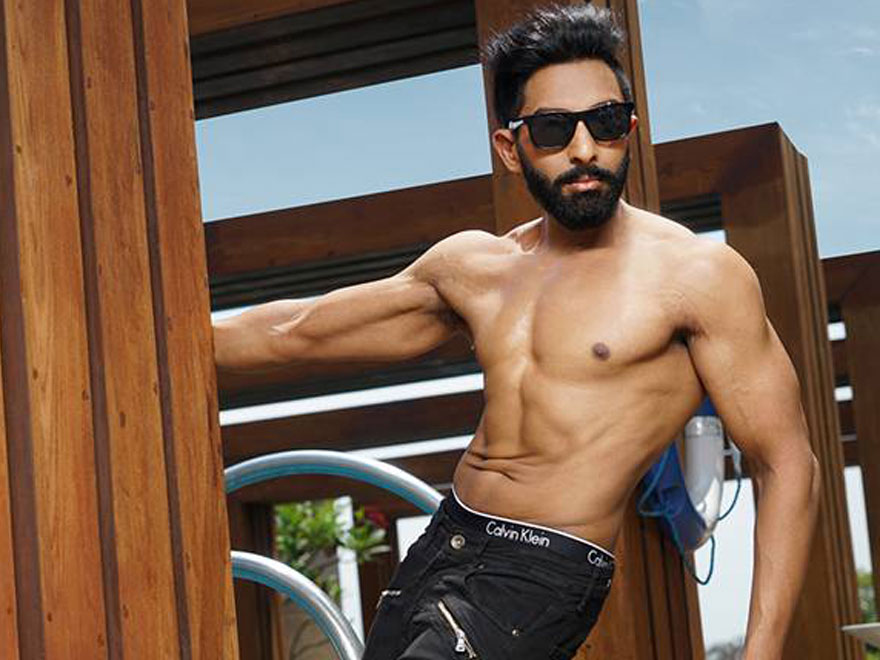 Exercise motivation is the hardest of all, even harder than exercising. This may sound like a big challenge, but it’s not as big a leap as you think. All you have to do is to

END_OF_DOCUMENT_TOKEN_TO_BE_REPLACED 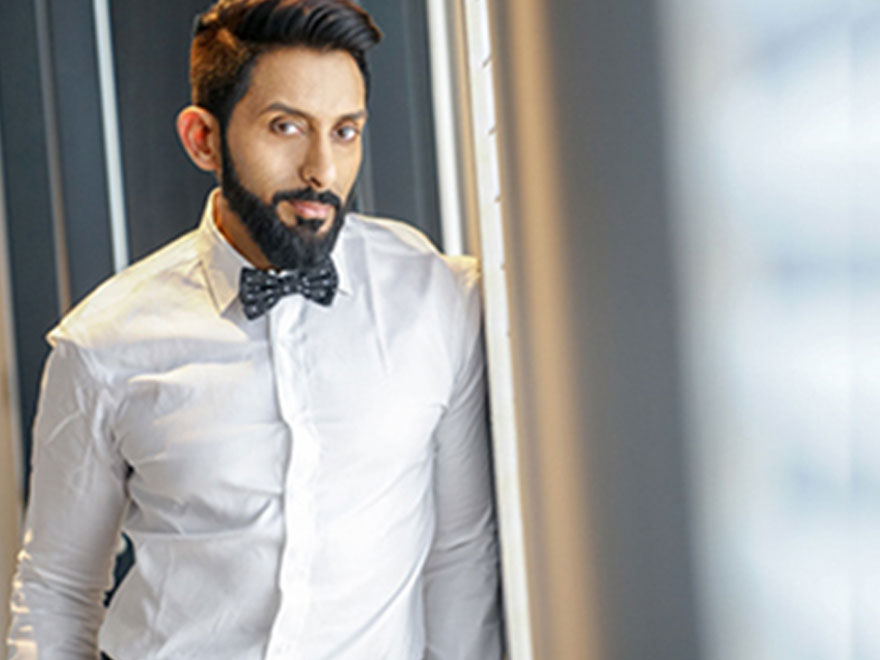 Fashion is unpredictable. What’s in vogue one day, is out the next. Style however is all together a different league. Despite the changing trends,there are a few wardrobes that never goes out of fashion. Here

END_OF_DOCUMENT_TOKEN_TO_BE_REPLACED

WHO IS ROHIT REDDY?

WHAT CAN WE KNOW ABOUT THE EARLY LIFE OF ROHIT REDDY?

Rohit Reddy is from Hyderabad – he was born, brought up, completed his study in Hyderabad itself. His schooling years were spent at The Hyderabad Public School in Begumpet, and he earned an undergraduate degree in Industrial Engineering from Purdue University, in West Lafayette, Indiana, USA. Rohit has a younger sister, Nitya Reddy. Rohit was just 23 when he suffered the pain of the demise of his father, M. Mohan Reddy. His mother Pratima Reddy, remains for him, a constant source of strength. He is unmarried by his own personal choice.

Rohit Reddy has promised to take Hyderabad to the next level in real estate development. All of his business plans are designed by the best and most talented individuals who work tirelessly to ensure that each of Signature Developers’ projects is nothing less than perfection. A major focus of the Company is exceptionally luxurious, perfectly positioned, sustainable homes. The Company ensures the finest international standards for construction, designs, interiors, and engineering. Signature Developers became one of the best companies of its kind after their first project, Signature One, which houses 25 premium apartments in Banjara Hills. The project was the first in the real estate industry to be sold after it was completely built.

WHAT ARE SOME OF ROHIT REDDY’S NON-BUSINESS ACTIVITIES?

Apart from business, Rohit Reddy is popularly known as a fitness and fashion influencer. You can also view his interests in fitness and fashion with his appearances in numerous magazines, such as You & I and Wow, in multiple issues. He also actively participates in charitable activities. His initiatives are majorly concerned with women's empowerment, education, and health. Devnar Blind School and the Tirumala Tirupati Devasthanams Trust are the two trusts to which he regularly supports.

WHAT ARE SOME OF THE AWARDS THAT ROHIT REDDY HAS BEEN GIVEN?

Rohit Reddy is one of the best and most promising young entrepreneurs of the country. He took the skyline of Hyderabad to another level with Signature Developers. He has won several awards, including the title of the Economic Times Promising Entrepreneur of the Year in 2019. For his venture Signature Developers, he was awarded the Economic Times Best Brands in 2019. Apart from these awards, in 2015, CRISIL awarded a 6-star rating to his project Signature One.

Rohit Reddy also known as RR, is a Hyderabad-based entrepreneur, with business interests across the Power, Real Estate and Entertainment. A fitness and fashion enthusiast, he has set out to change the skyline of Hyderabad with his venture Signature Developers. By creating exceptional lifestyles, Signature Developers has become synonymous with innovation in luxury residential real estate across the most prime and strategically-located areas of Hyderabad.

After completing his schooling from the prestigious Hyderabad Public School in the year 1994, Rohit Reddy went on to Purdue University, West Lafayette, Indiana; from where he graduated with a degree in Industrial Engineering.

Rohit was only 23 years old when he lost his father, Late M. Mohan Reddy; the person he greatly admired. Rohit looks up to his mother Pratima Reddy as an idol. She has always inspired and encouraged him in adversity and believed in him. Rohit is not married by choice. He counts on his sister Nitya Reddy for support and it is she who is his greatest strength and weakness. His nieces Trisha and Anoushka give him unconditional love and are amongst his favorite people.

Signature Developers, a venture of Rohit Reddy, is a privately owned property development company that has been operating since 2006. Rohit is passionately driven – working tirelessly, completely hands-on on his real-estate projects. With Signature Developers, Rohit has set out with a mission to change the skyline of Hyderabad, the city which he calls his Home.

Rohit Reddy is an extrovert, yet with a quiet side, a man whose dreams are his own. Fashion and fine living to RR are his mantras, an innate part of who he is. He is completely unapologetic when it comes to flaunting his custom-made attires and lifestyle. A self-made man and extremely proud of it, he sees no reason to be modest about it. RR believes that cultivating a persona is important; he is his own brand. He takes inspiration from the likes of Richard Branson and Donald Trump, who live the big life and are the face of their businesses. Luxury, but with elegance, defines his lifestyle – be it his homes, his custom-designed Aston Martin or his private plane – Cessna. His estimated net worth is $ 200 million (2019).

Rohit advocates clean living (he is a teetotaler and doesn’t smoke; even carbonated drinks are a taboo), and is an inspiration to many who have started following his steps into fitness. On the other side, everything about his life is extraordinary, larger than life – be it his dreams, his passion for fitness, his flair for fashion and fine living, his quest to build the biggest and most luxurious iconic structures, to be a name that everybody knows, and not just in Hyderabad, but the world over.